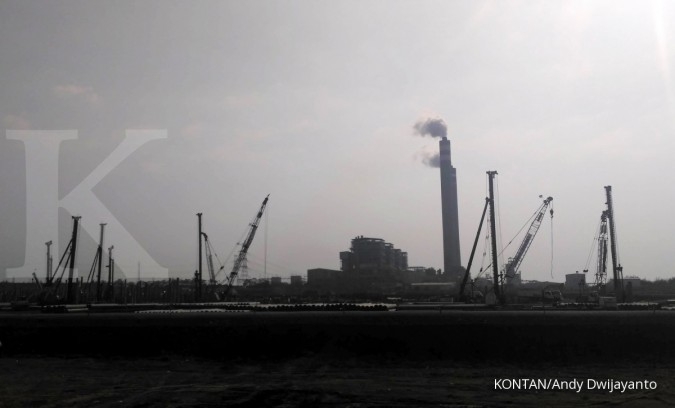 “In this case, because there is a portion of the land which is accused of not being in accordance with the Cirebon District RTRW. The Bandung Administrative Court decision in April 2017 granted part of the lawsuit,” he explained, Sunday (10/15).

“Thus, the project development process continues as usual, and is currently in the middle of a land improvement phase. In accordance with the PPA, the COD target is 2021,” explained Yuda.

Meanwhile, Corporate Secretary of PT United Tractord (UNTR) Tbk, Sara K Loebis stated, the construction of the Tanjung Jati B PLTU with a capacity of 2 × 1,000 MW is still ongoing and there are no obstacles.

“As far as I know there are no such obstacles (as PLN said). Later, I will ask the PIC. This is still a very early stage because the target of new operations in early 2021,” he said, Sunday (15/10).

Previously, PLN’s Strategic Procurement Director I, Nicke Widyawati, said that several power plants that were experiencing problems and were projected to be retiring were the Cirebon Expansion PLTU (Cirebon 2), the Tanjung Jati B PLTU and the Indramayu PLTU.

He said, most of the problems faced by each power plant were related to the environmental and social problems of the community. But he did not reveal how long the construction will be delayed.

“The problem is almost the same as the environment, social to the community. Coal is environmentally sensitive, even though we are on a large scale and even small ones we use super critical so carbon emissions are much lower,” he said, Wednesday (12/10).

PLN’s Managing Director Sofyan Basir revealed that many of the power plant construction processes were delayed due to an Environmental Impact Analysis (EIA) that had not yet been completed. However, according to him, the condition was actually in accordance with the revision of the government’s target in the 35,000 MW projects which was not expected to reach the target in 2019.

“For example, large power plants which have two-year contracts already in existence, but they have not yet worked. Like the power plant in Cirebon, which has been two years from the Power Purchase Agreement (PPA), the EIA problem is a total of more than 4,000 MW,” he said.

According to Sofyan, with the revised government target, PLN deliberately did not accelerate the construction of the power plant, especially those with jumbo capacity. The reason was, if everything is on time, PLN will be the one to bear the loss because no one absorbs the electricity that is already available.