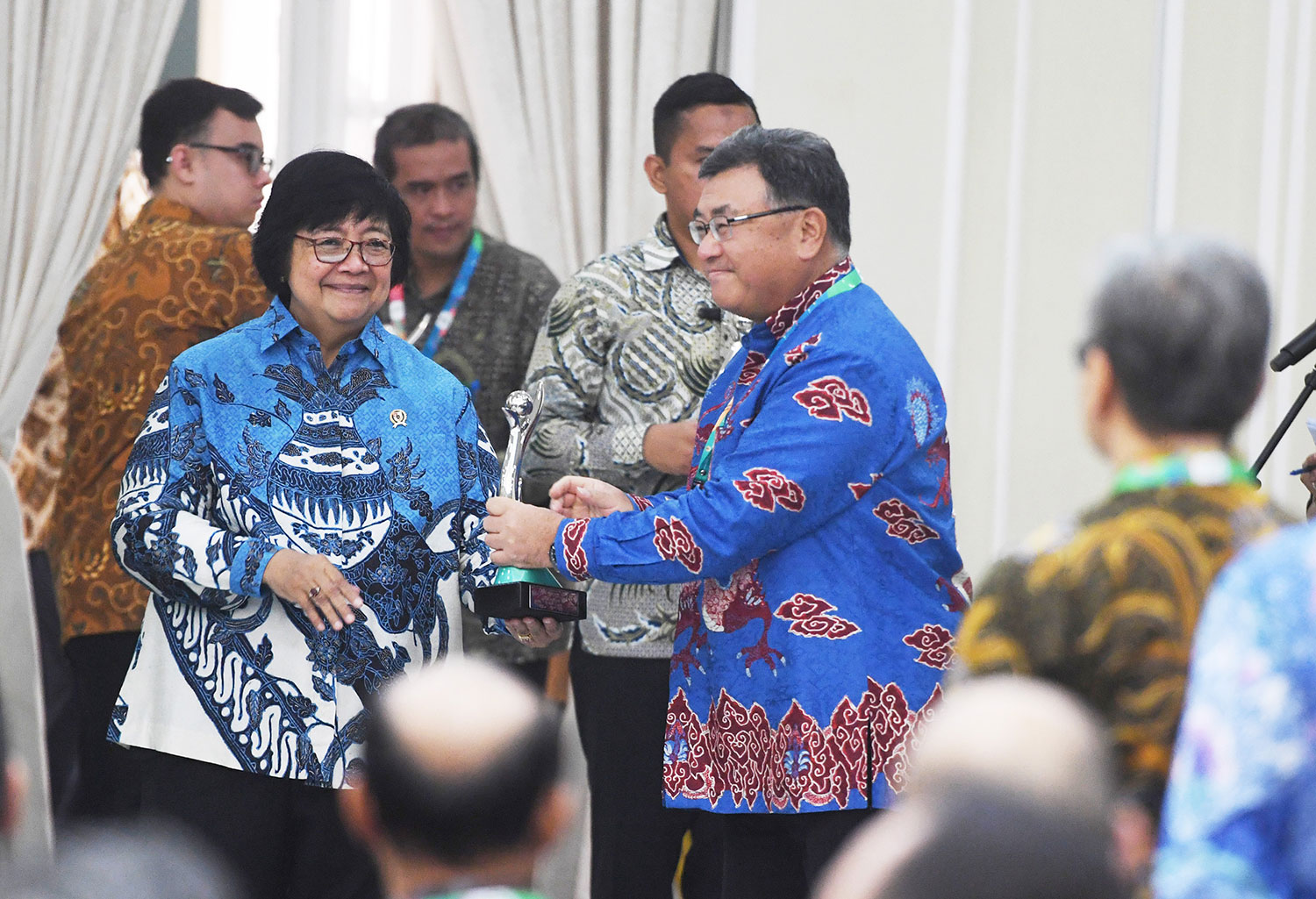 Bisnis.com, JAKARTA – The power plants consortium of Cirebon Power won the 2019 Green Rating Performance Company from the Ministry of Environment and Forestry.

Green Proper is given to the first unit of Cirebon Power’s coal fired power plant (PLTU), with a capacity of 660 MW. The plant has been operating since July 27, 2012 and is one of the first two plants to implement supercritical environmentally friendly (SC) boiler technology in Indonesia.

The Green Proper award was handed over by the Minister of Environment and Forestry, Siti Nurbaya Bakar to President Director of Cirebon Power, Hisahiro Takeuchi and witnessed by Vice President of the Republic of Indonesia, Ma’ruf Amin. The handover was carried out at the Vice President’s Palace, Wednesday (01/08/2020).

Takeuchi said that to achieve a green rating, PT Cirebon Electric Power significantly reduced its total suspended solid (TSS) water pollutant by converting the All Volatile Treatment (AVT) regime to Oxygen Treatment (OT) on the WTP. This linearly decreases the amount of B3 waste produced and increases water conservation.

“Modification of the filter size on the vibrating screen is quite effective in selecting the size of coal according to the boiler specifications, so that it replaces the use of crushers that have quite large energy requirements,” he said in an official statement on Wednesday (01/08/2020).

According to Takeuchi, periodic planting and maintenance of mangroves has a pretty good environmental impact, which can be seen from the diversity index that goes up every year. Until 2019, planting of mangroves will be done at least in an area of 13.5 hectares.

“This activity is not only succeeded in converting energy, but also succeeded in reducing greenhouse gas emissions in order to fend off the effects of climate change,” continued Takeuchi.

He stated that joint ventures from three countries namely Indonesia, Japan and South Korea were committed to green sustainability. Cirebon Power plant emissions are far below the government threshold.

“We also succeeded in suppressing greenhouse gases which are always below 1.00 kg CO2 eq / KWh and determined as the optimal value in the electricity generation industry,” he said.

In carrying out green sustainability, Cirebon Power engages the community around the plant. According to him, community empowerment is not only a social responsibility, but also an effort to grow and develop together with the surrounding community.