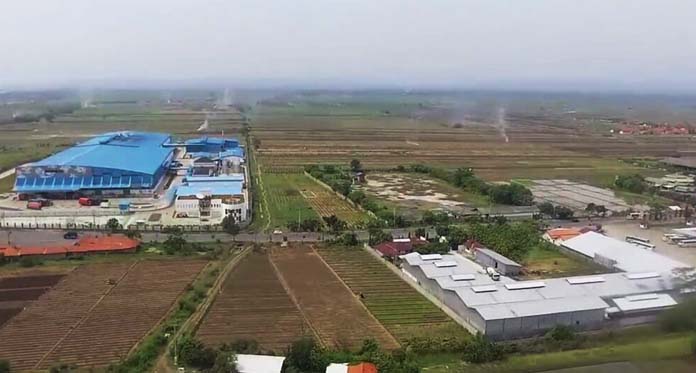 RadarCirebon.com (5/4/2017) | Secretary of the Cirebon Regency Regional Construction and Development Research Agency (Bapelitbang), Suratmo, said the eastern region of Cirebon (WTC) developed into an industrial center. But, the development was still waiting for the revision of the Regional Regulation on Regional Spatial Planning (RTRW) which was being discussed by the Cirebon Regency DPRD.

The rapid industrial growth in the eastern region of Cirebon could not be separated from the start of the construction of the Coal Fired Power Plant (PLTU) Unit I. The Cirebon PLTU has a capacity of 660 Mega Watt which is located in Kanci Village, Astanajapura District.

According to Suratmo, the availability of electricity was a key supporting industry in the eastern region that continues to grow. “Yes, it is clear because electricity supply is very important for industrial growth,” he said.

He said, in RTRW Regulation No. 17/2011, for large industries, the government provided a land area of ​​approximately two thousand hectares in Mundu District in the form of a manufacturing industry. For Astanajapura District, it was in the form of manufacturing and mining products.

To support the manufacturing industry and mining products, a power plant was built. It was undeniable that the WTC region, specifically three sub-districts namely Astanajapura, Pangenan and Mundu, have begun to stretch since PLTU I Cirebon was built. The first construction began in 2008 and was operational in October 2012.

Cirebon Power as the manager of PLTU, is one of several independent electricity producers (IPP) in Indonesia. The consortium consists of one national company namely PT Indika Energi and three multinational companies.

The three multinational companies consist of Marubeni Corporation of Japan which has the largest share of 32.5 percent. Then Korea Midland Power Co. 27.5 percent and Korea Samtan Co. Ltd. 20 percent.