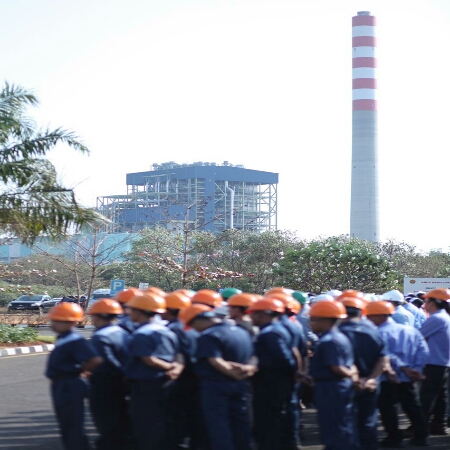 Independensi.com (17/8/2019) | Employees and workers in the Cirebon Power plant environment took part in holding the 74th Anniversary of Indonesia’s Independence. Ceremony Remembering the seconds of the proclamation was also followed by expatriate employees.

Crisnawan said that the Minister of Energy and Mineral Resources Ignasius Johan instructed the leaders in his ministry to carry out the Republic of Indonesia Anniversary ceremony in the ESDM infrastructure. That is as a form of government present in the community.

“This is a form of government present in the community. ESDM infrastructure is the nation’s asset, ours, the product of the country’s sovereignty, the result of Indonesia’s independence “said Chrisnawan, reading the Minister of Energy and Mineral Resources’s address.

He added, in order to continue the struggle and ideals of the heroes, energy management policies in Indonesia that are tangible in the activities of the ESDM sector are carried out in an effort to practice the Fifth Precepts of Pancasila namely social justice for all the people of Indonesia. HR development is the key for Indonesia going forward. Vocational training and training.

In accordance with the theme of the Republic of Indonesia’s 74th birthday ceremony held today, namely Advanced Indonesian Superior HR, HR development will be a priority in government that will be used to realize the vision and mission of the president.