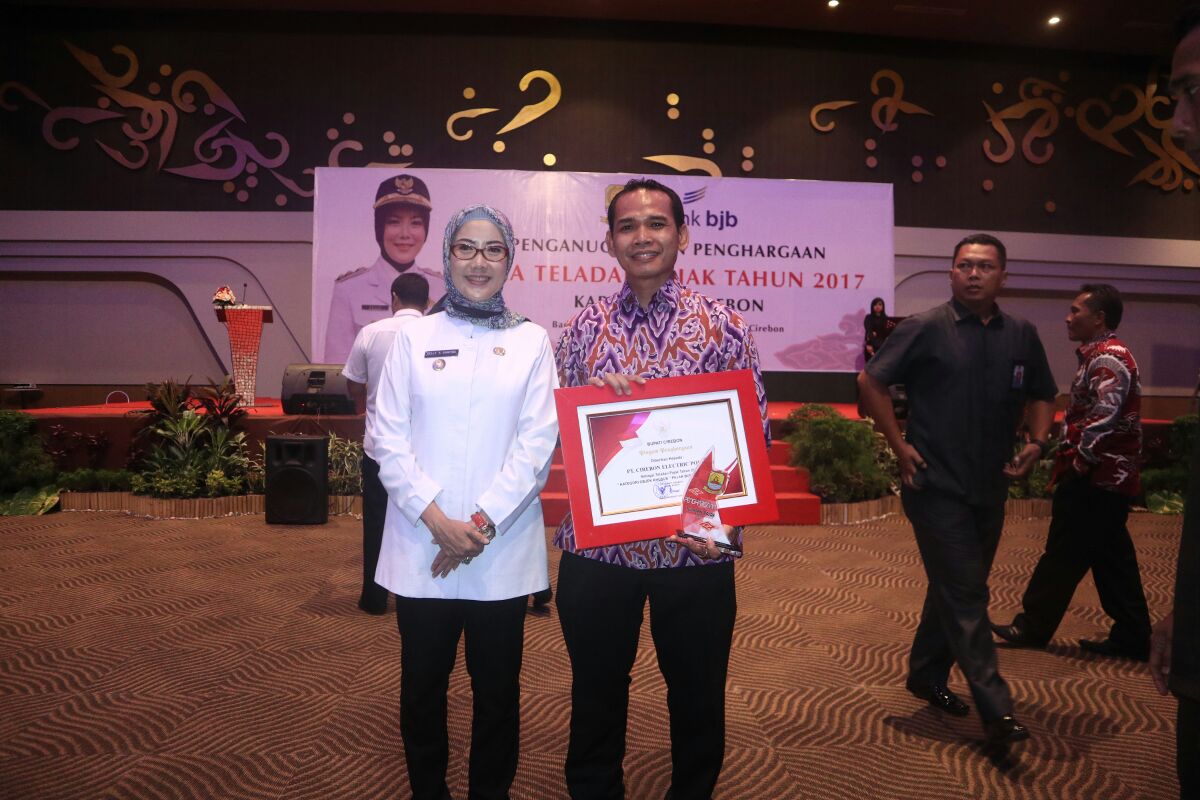 Cirebon.co (18/4/2018) | Cirebon Power received another award from the Cirebon Regency Government. Previously, Cirebon Power was awarded as the best 2017 Foreign Capital Company (PMA) given by the One Stop Investment and Integrated Services Office (DPMPTSP), now Cirebon Power has been awarded as a 2017 Tax Example in the Land and Building Tax (PBB) category.

In addition, Petrus also said, this also shows that Cirebon Power is obedient to the regulations set by the central or regional government.

“This Tax Exemplary Award is proof of our compliance with local regulations, and our contribution to supporting Cirebon development. This is our commitment to be able to provide benefits to the community, by fulfilling the obligations for Regional Original Revenue “said Petrus. He also hoped that this award could increase the role of Cirebon Power in its role in developing Indonesia to be better.

Head of the Cirebon Regency Revenue Service, Erus Rusmana, said that the assessment of taxpayers was assessed in an objective way. According to him, this assessment is based on taxpayers who always obey paying taxes. “So, it is very possible this award is received by the same party in the following year. Unless there are more tax-obedient,” said Erus.

“I thank the recipients of the award, hopefully next year it can improve its performance,” Selly said.

Selly also said that this award is a form of appreciation from the Cirebon Regency Government, to taxpayers who fulfill their obligations to pay taxes to the government properly. He also hoped that the recipients of this award could set an example for other taxpayers, while at the same time improving their performance the following year.

“I am very grateful, hopefully those who get the award today, can be an example for other tax authorities,” Selly said.

On the occasion, Selly claimed to get input from taxpayers, so that Cirebon regency could improve services to taxpayers. According to Selly, this would be the subject of his evaluation, to be able to create a system that makes it easy for investment efforts to avoid complication.

“Earlier someone gave advice, the Regency Government should not only ask for the tax, but also improve the service. I will make this input as an evaluation, so that an easier system can be made. One of them is like a business permit, “Selly said.