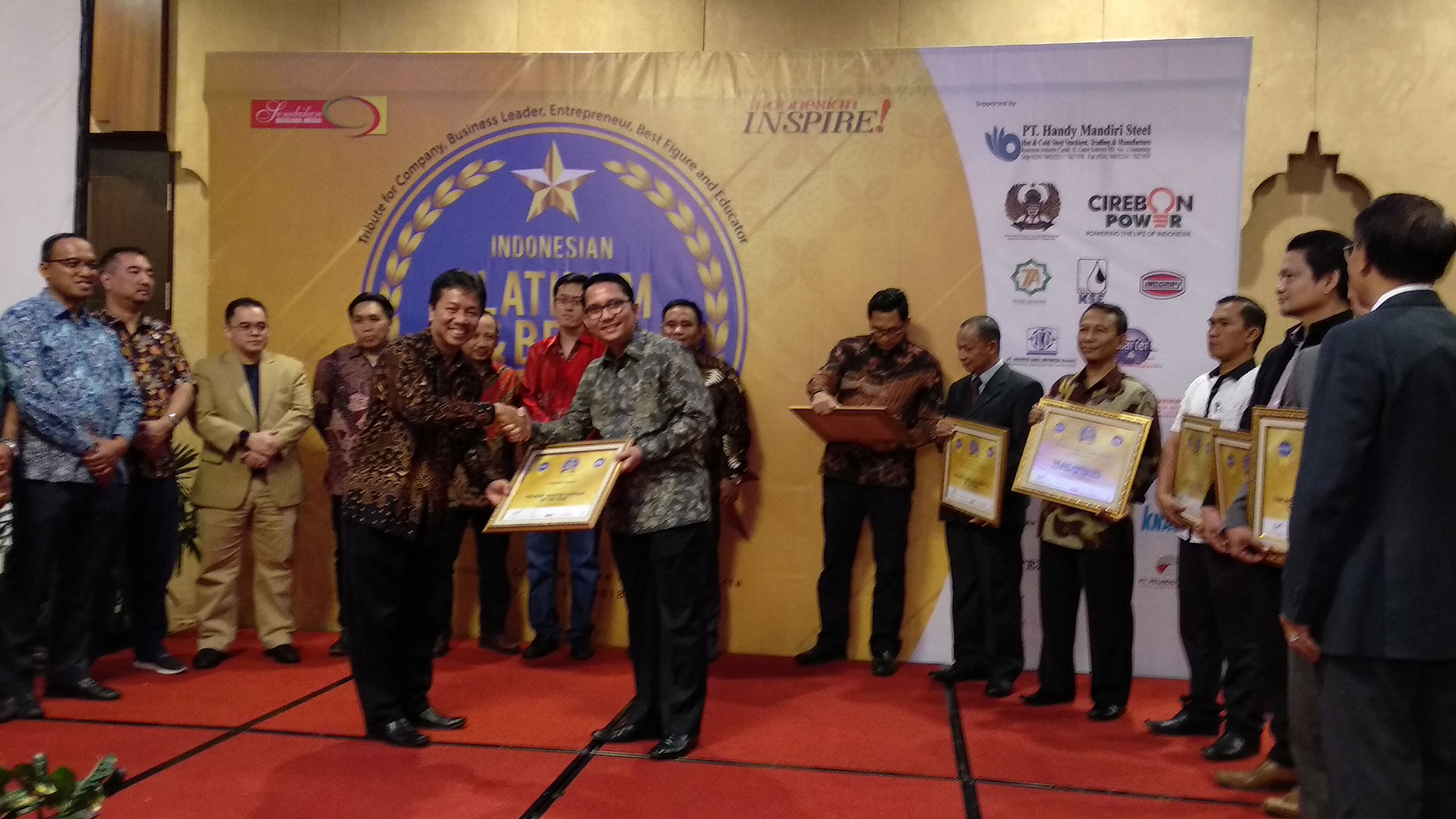 KRJogja.com (28/7/2018) | Cirebon Power, a private power plant company under the auspices of PT Cirebon Energi Infrastructure received the Indonesia Platinum and Best Corporate Award 2018 from PT Sembilan Bersama Media which was held at the Grand Mercure Hotel Yogyakarta, Friday (07/27/2018). This award was given as a form of appreciation to Cirebon Power as a company that able to show exceptional performance and provide inspiration for the community.

Head of Communication of Cirebon Power, Yuda Panjaitan revealed since it was founded 11 years ago Cirebon Power has contributed to encourage the growth of the Cirebon Cirebon industrial center and the Regional Original Revenue (PAD) of Cirebon Regency. Cirebon Power is designed to be a pioneer of cleaner energy solutions, supporting environmental sustainability and helping to improve the quality of life of Indonesian people.

“With the global emissions reduction agenda, the world needs technology that is more environmentally friendly. For developing countries, technology is needed not only cleaner, but also reliable and affordable,” he explained.

“Cirebon Power is a multi-national consortium that has a 1 x 660 MW power plant on the coast of Cirebon Regency. At present the company is developing a new unit of 1 x 1,000 MW with more efficient technology,” he said.

Yuda Panjaitan added, as part of the government’s 35,000 MW program, the two units of the company were evidence of a real contribution to a more empowered Indonesia. The company’s Supercritical and Ultra Supercritical Boiler technologies are clean coal technologies with high efficiency and low emissions.

Meanwhile the founder of PT Sembilan Bersama Media, Laksdya TNI (Ret.) Gunadi who was also the initiator of the award award said that the Indonesia Platinum and Best Corporate Award had been given for the sixth time since the first in 2013. The award was given to profiles, figures, educators and companies that is able to inspire people.

“The purpose of this award is none other than to provide motivation and inspiration for the recipients of the award. With the hope that they can improve the potential and quality of the nation so that it can lift a positive image of Indonesia in the eyes of the world,” he explained.

Through this award, he hoped the community, especially the younger generation, will get positive benefits so that creativity develops. Considering the young generation will face a big challenge to explore natural resources and use them independently.

In addition to being awarded to Cirebon Power, the Indonesia Platinum and Best Corporate Award was also given to 15 other companies engaged in various fields. Some of them are PT Handy Mandiri Steel, PT Fresh Water Hillyudha, PT Abadimitra Bersama Perdana, PT Kalimantan Sumber Energi, PT Industri Kapal Indonesia and others.