Cirebon Power is Most Reliable Corporate

Cirebon Power is Most Reliable Corporate 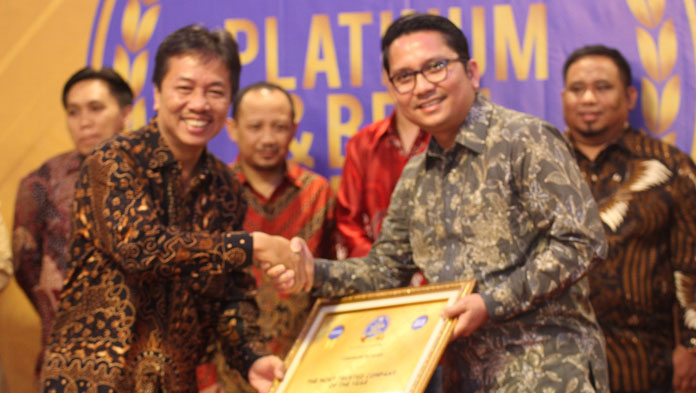 RadarCirebon.com (31/7/2018) | Cirebon Power won another prestigious award for its performance. In the 2018 Indonesia Platinum and Best Corporate Award held in Jogjakarta, was chosen as The Most Trusted Company of the Year or the most trusted and reliable company this year.

The consortium of PLTU owners in Kanci Village, Astanajapura District, Cirebon Regency, was chosen through a series of selections. Then considered worthy of appreciation because of the company’s performance and the positive impact given to the community.

The award was given by Indonesia Inspire Magazine, in Jogjakarta, Friday (7/27). About 15 other companies engaged in various fields also received appreciation. Among them are PT Handy Mandiri Steel, PT Kalimantan Sumber Energi, and PT Industri Kapal Indonesia.

“We are trusted to receive the title of The Most Trusted Company of the Year. This is in line with our corporate value, namely Friendly-Impactful-Trusted. We hope this can be a motivation so that Cirebon Power will increasingly gain the trust of the public, and the government,” said Head of Communication Cirebon Power Yuda Panjaitan to Radar Cirebon, Sunday (29/7).

Yuda added, one of the roles of Cirebon Power which was judged positively by the jury was to boost Cirebon Regional Original Revenue (PAD), and encourage industrial growth in eastern Cirebon. In addition, Cirebon Power iss also appreciated as one of two power plants that pioneered the use of clean coal technology in Indonesia, with a high level of reliability.

Therefore, Cirebon Power is committed to using clean coal technology in each of its units. In the first unit that is already operating using Super Critical technology, and in the second unit that is being built adopts Ultra Super Critical. “This is our commitment to participate in building the nation, by providing clean energy,” he said.

Supercritical and Ultra-Supercritical Boilers are clean coal technologies with high efficiency and low emissions. This is proof of Cirebon Power’s real contribution to a more empowered Indonesia. “Developing countries need technology that is not only cleaner, but also reliable and affordable. “This technology, which is implemented by Cirebon Power,” said Yuda.

The founder of Indonesia Inspire Magazine, Vice Admiral Gunadi (Ret.) Gunadi said the Indonesia Platinum and Best Corporate Award had been given for the sixth time since the first in 2013. The award was given to profiles, figures, educators, and companies that were able to inspire the public.