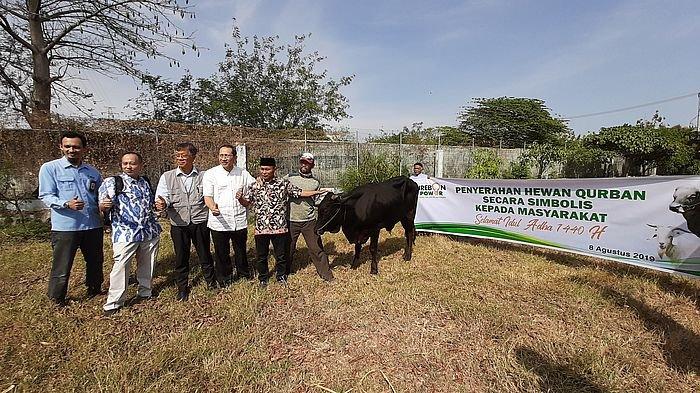 Tribunnews.com (9/8/2019) | Ahead of Eid Al-Adha, Cirebon Power distributed dozens of sacrificial livestock to the public on Friday (9/8/2019). The sacrificial animals were handed over to the residents’ representatives at the Cirebon Power Vocational Center, Waruduwur Village, Mundu District, Cirebon Regency.

Cirebon Power Director of Corporate Affairs, Teguh Haryono, said the number of livestock given was 6 cows and 54 goats. “All of these sacrificial animals were handed over to residents around PLTU 1 and PLTU 2,” Teguh Haryono said when met after the activity.

He said, there were at least 10 villages that received sacrificial animals. The villages are spread across three sub-districts, including Mundu, Astanajapura and Pangenan.

According to him, all the livestock aside from Cirebon Power also came from a number of companies involved in the construction of PLTU 2. “These are donations from Hyundai, Toshiba and Mitsubishi as well. They are subcontractors in the PLTU 2 project,” Teguh Haryono said.