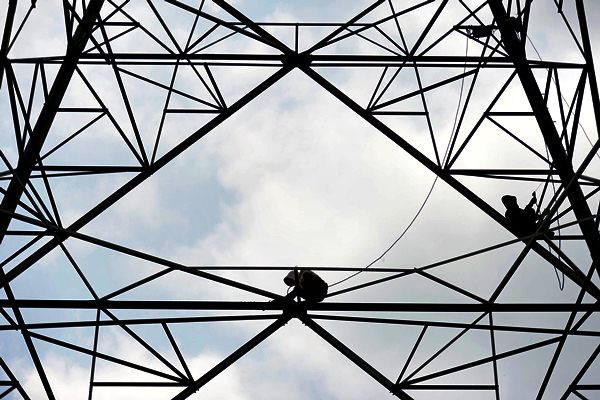 Bisnis.com (4/18/2017) | The Cirebon Power Multinational Consortium signed a financing agreement or loan agreement with the Japan Bank for International Cooperation (JBIC), Korea Eximbank (KEXIM), and Nippon Export and Investment Insurance (NEXI) worth US $ 1.74 billion, equivalent to more than Rp23 trillion for the Cirebon PLTU project expansion.

This financing agreement will also was immediately followed by the completion of the development financing process (financial close) on May 8, 2017. The signing of this loan agreement signifies the ability of funding for the construction of the Cirebon Expansion 1 x 1,000MW project or also called PLTU Cirebon Unit 2.

President Director of PT Cirebon Energi Infrastructure Heru Dewanto said he was optimistic that the construction of the plant with Ultra Super Critical (USC) technology could be carried out within 51 months.

“With the support of funding and also proven technical capabilities, we believe the operational target or the Commercial Operation Date [COD] can be reached in 2021. We want to immediately make additional contributions to illuminate the archipelago,” he said through an official statement, Tuesday (4/18 / 2017).

Cirebon Power Plant Expansion was estimated to be able to produce 7,533 GwH of energy per year. The power generated will strengthen the Java-Bali interconnection system, through the Mandirancang  500kV substation. At present, the installed capacity of the Java-Bali system is 33,863MW, with a capacity of 31,614 MW and a peak load of 24,589MW.

Heru said that the construction of the Cirebon Unit 2 PLTU could benefit the community, which in turn could have a domino effect on economic growth, especially in the Cirebon, West Java, and surrounding areas.

Later, the USC technology power plant will use low-calorie coal, which is 4,000-4,600 kcal / kg so that it can carried out combustion with high efficiency and is more environmentally friendly.

Cirebon Power is a consortium of a number of multi-national corporations namely Marubeni (Japan), Indika Energy (Indonesia), KOMIPO, Chubu and Samtan (Korea). Since 2012, Cirebon Power has been operating a Unit 1 capacity of 660 MW with Super Critical Boiler technology.

Since its operation, the Cirebon Unit 1 plant has acted as one of the main pillars of the Java-Bali electricity system by contributing 4,914 GwH / year, and succeeded in maintaining the level of electricity supply (availability factor) to 97%.

Previously, PT Cirebon Energi Infrastructure as one of the independent power producers (Independent Power Producer / IPP) had completed the Power Purchase Agreement (PPA) of the Cirebon Expansion Project with PT PLN on October 23, 2015.

Since then, Cirebon Power has begun various pre-construction works by collaborating with Hyundai Engineering and Construction (HDEC) as the main contractor.

Heru said the use of coal in his electricity project did not threaten the environment. Because the technology used is clean coal which produces emissions far below the threshold set by the government.