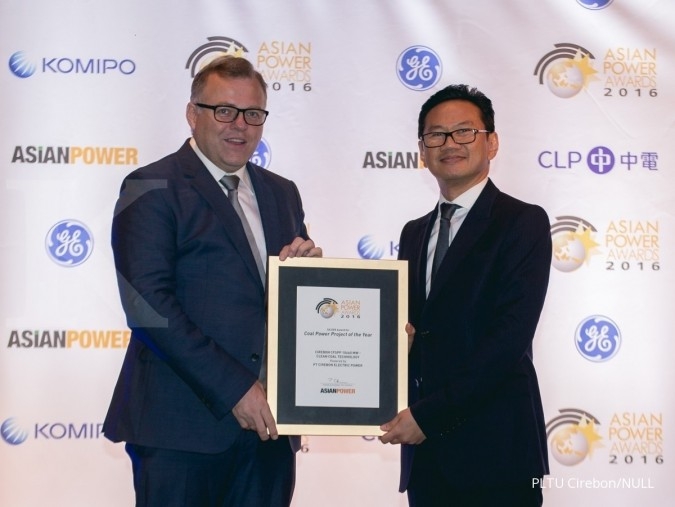 Kontan.co id (8/6/2017) | Since completing the financial close process for the Cirebon II PLTU project with a capacity of 1×1000 megawatts (MW), PT Cirebon Electric Power has begun to busy carrying out civil works and land preparation. The reason was, this company must pursue development to pursue an operating period in 2021.

Just so you know, the US $ 2.2 billion project is indeed prestigious because not only in terms of large capacity but also the technology used.

Heru Dewanto, President Director of PT Cirebon Electric Power, said that the civil construction work began last month and continues to do land preparation. Later, boilers used in the Cirebon II PLTU used ultra-super critical boiler technology which very environmentally friendly. In accordance with the power purchase agreement (PPA), PLN will absorb 80% of the electricity generated at a rate of 6.3 cents per kwh.

“Cirebon Power expansion has reached dry financial close with lenders on April 18 2017 and has started construction since May 2017,” he told KONTAN, Thursday (8/6).

It was estimated that the coal demand for the Cirebon II PLTU project will reach 3-4 million tons. Cirebon Power was not alone in working on this project. It was collaborating with a number of business partners who are members of a consortium.

At present, Cirebon Power held a 20% stake in the Cirebon II PLTU, while Marubeni Corp has a 35% stake, Komipo Co. Ltd has a 10% stake and Chubu Electric Power Co. Ltd with a 10% stake.

What was clear was that throughout the year it will continue to carry out civil works to accelerate the construction process in accordance with the PPA that has been signed with PLN. “We did a backfill and compaction of the land which took almost a year. The other work carried out was the fencing, design and DP access road to manufacturers and manufacturers,” he said.