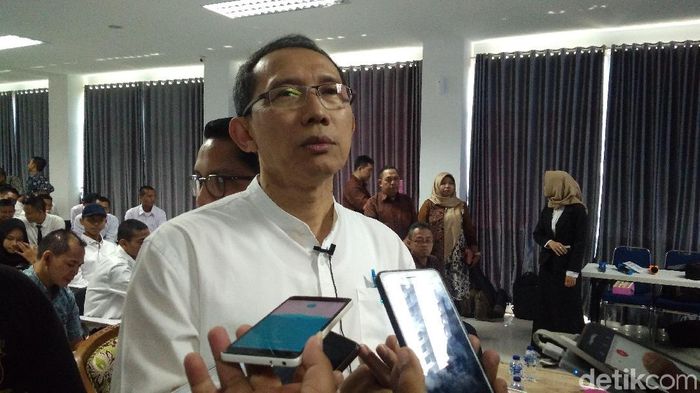 Detik.com (27/9/2018) | The construction of the Cirebon Unit 2 Coal FIred Power Plant (PLTU) with a capacity of 1,000 MW continues to be boosted. The progress of the Cirebon Power megaproject project has reached 24%.

Teguh Haryono, Director of Corporate Affairs at Cirebon Power, said that the Unit 2 PLTU mega project is targeted to be completed in 2022. This year, Heru continued, the construction of the Unit 2 PLTU is focused on installing building structures.

“Now it is only land development. The development target is four years. This year the structure must be installed, at least 50 percent of the building structure has been built,” Teguh said after giving public lecture material at the Cirebon Unswagati campus, Jalan Terusan Pemuda Cirebon, West Java, Thursday (27) / 9/2018).

Although the construction of the Cirebon 2 PLTU megaproject was briefly delayed due to constraints related to its environmental permit, Teguh said, these conditions did not interfere with the development progress. In fact, continued Teguh, the progress of the construction of PLTU 2 was considered faster than the target.

“Now it has reached 24 percent. This is two months faster than what we are targeting,” he said.

Furthermore, Teguh said that his party had not been able to absorb local energy to the full, because the PLTU 2 project is still under construction. However, Teguh admitted that he would prioritize the local workforce if PLTU 2 was already operating.

“We will increase the local workforce absorption target by up to 60 percent, the composition is like that. If in PLTU unit 1 there is the most local workforce. If the unit 2 is still under construction,” he said.

As previously reported, the investment value of this PLTU is US $ 2.2 billion or around Rp 28 trillion. The construction uses internal funds as well as bank loans.

For this development, the company relies on loans from the Japan Bank for International Cooperation (JBIC), Korea Eximbank (Kexim), and Nippon Export and Investment Insurance (NEXI). This financing is also not a problem because the completion of the financing (financial close) has taken place November 9, 2017.

“Financial close is a very important stage for all projects. Because of that date, all project funding from own capital or equity and bank loan is already in our hands. So construction can run 100 percent,” Teguh explained.