Another Story of Cirebon Power with Cirebon Fishermen

Another Story of Cirebon Power with Cirebon Fishermen 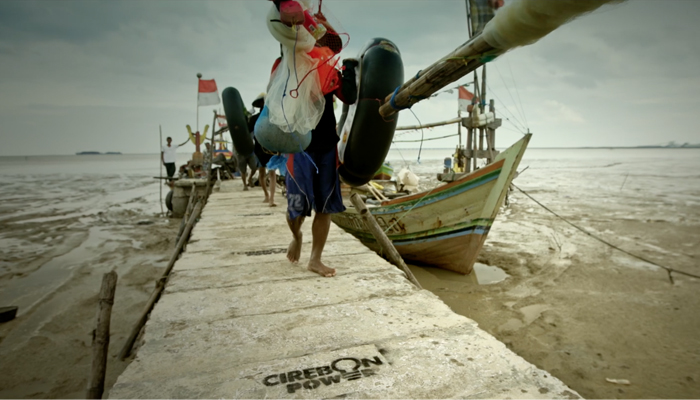 Indonesiana.id (8/9/2017) | The lives of the fishermen. It was apart from the many accusations of the negative impact of the existence of Cirebon Power for the environment. Of course, the more attention given to the community and fishermen who are close to the Cirebon PLTU, could dismiss all these negative assumptions.

In 2016, Cirebon Power in collaboration with the West Java Regional Police and Air Police Directorate provided Personal Accident Insurance (AKD) protection to fishermen. At least 3,000 fishermen around the coast of Cirebon, West Java, got AKD that guarantees compensation for fishermen if they get into an accident or accident. Insurance for fishermen (2016) was the sixth time given by Cirebon Power together with West Java Regional Police Directorate of Airud Pol.

This program has increased every year. Initially, the AKD was given to 80 fishermen from four villages in Mundu District, Cirebon Regency. In the second year, this program developed in 500 fishermen in four districts namely Mundu, Pangenan, Gebang, and Losari. In 2013, the number of recipients doubled to 1,000 people. In 2014, the number of insurance recipients increased to 2,000 and in 2015 it reached 3,000.

As reported by Sindonews.com (2/12/2016), Director of PT Cirebon Energi Infrastructure (CEPR) Teguh Haryono said, the insurance was a commitment that places it as a friend for the community around the coast of Cirebon. He promised to be actively involved in community empowerment socially and economically. “We hope that this program can inspire other parties to be involved so that this program can continue to roll and expand,” he said.

West Java Police Regional Air Police Chief Commissioner Senior Commissioner Suwarto said the program had been running since 2011. The program began with complaints from Cirebon coastal fishermen because they had never received any compensation when a disaster or accident occurred at sea or land. “The complaint was followed up by Ditpol personnel Aiptu Yoyo and Brigadier Winarto to find a solution. The two then pioneered cooperation with PT Cirebon Electric Power in 2011 to start the AKD program,” he said.

Meanwhile, one of the fishermen figures from Citemu Village, Mundu District, Cirebon Regency, Mahfud welcomed the program. “When fishermen have an accident, they can get medical assistance and compensation. Even compensation also applies when the fisherman dies, both naturally and accident,” his appreciation.

The giving of this assistance is a form of Cirebon Power’s concern in the field of community empowerment to the local residents, especially the coastal and coastal fishermen. So, able to produce more catches. It is hoped that with this assistance, fishermen will be more eager to find rebon and small fish. Thus, this empowerment program is truly felt by the surrounding community.

As reported by news-cirebon.com (19/7/2017) Hafid Saptandito Cirebon representative who attended the event said, so far Cirebon Power continues to pay attention to the community and fishermen who are close to the Cirebon PLTU.

“In addition to the target villages, such as Desa Waruduwur, Citemu, Bandengan, Mundupesisir, Mundu District and Kanci Village, Kancikulon, Astanajapura District, we also provide insurance for fishermen outside the target villages. Starting from Mundu Subdistrict to Losari, which number around 3,000 fishermen. This certainly is proof of our seriousness in paying attention to fishermen, both fishermen at sea, coastal fishermen and coastal fishermen. Likewise with the community, we also often hold free medication, “he explained.