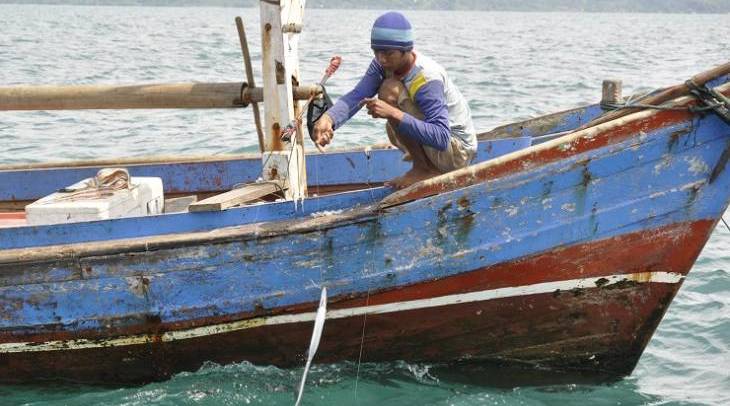 KBR.id (6/12/2017) | About 15 thousand fishermen who live along the coast of Cirebon in West Java received free insurance. This insurance covers work accident and death.

Director of the Water and Air Police (Polairud) of the West Java Regional Police Suwarto said fishermen in West Java often experience accidents at work, while their income so far has only been able to meet their daily needs.

“We are together with parties who care to lighten the burden on fishermen. Because, their health and safety are also very important,” Suwarto said, in Cirebon, Tuesday (5/12/2017).

Suwarto said the insurance was provided by cooperating with one of the private companies providing electricity in Java and Bali, namely Cirebon Power.

“We do not have money for fisherman insurance. So we have partnered with Cirebon Power to utilize its CSR,” Suwarto said.

“The program has continued to run since 2011,” Teguh Haryono said.

The Chairman of the All-Indonesian Fishermen Association of Cirebon City Karsudin stated, before there was insurance, for matters of health funding and death, the fishermen only got makeshift money from boat owners. Some of them even came from voluntary contributions from fellow fishermen.

“If there is an accident, get sick or die, the costs are modest from the boat owner or donations from other fishermen,” said Karsudin.

Karsudin said a small accident while at sea would have a big impact on the safety of fishermen. He explained that work at sea is not the same as on land.

The government has the responsibility to protect fishermen under Law No. 7 of 2016 concerning Protection and Empowerment of Fishermen, Fish Cultivators and Salt Farmers.

One of them was through the Fisherman Insurance Premium Assistance (BPAN) program, from the Ministry of Maritime Affairs and Fisheries.

Prospective recipients of fisherman insurance assistance are fishermen who have a fisherman card, are 65 years old, used a vessel with the largest size of 10 GT and have never received assistance from the government insurance program.

Since it was rolled out, the Ministry of Maritime Affairs and Fisheries has issued 143,600 fisherman insurance policies in 34 provinces throughout Indonesia.

As for compensation for accidents caused by activities outside fishing, an individual benefit of Rp. 160 million is provided when causing death (including deaths due to non-accident / natural death), Rp. 100 million for people with permanent disabilities, and Rp. 20 million in medical expenses.